30 May 2021. Volume 4, Issue 22
Flashcards reveal the location of U.S. nuclear weapons. Email security tools are working? And fingerprints from photo leads to arrest.
Join hundreds of subscribers who get this first, every Sunday. Subscribe

Three things for you to do this week

First up, in three weeks Robin’s Newsletter will celebrate its third birthday. (They grow up so quickly!) And I’d love to hear a bit about why you subscribe, or how it is helping you. I’d like to publish a few anonymous examples from readers, alongside my reasons for writing it every week.

So hit reply, and drop me a quick sentence or two about why you subscribe, and how you’d like yourself described, please!

Have you done it?

OK, then two more things that require explicit opt-outs, if you do not wish to participate:

If you live in the U.S: Decide if you would like Amazon sharing your broadband connection with your neighbours Amazon devices via their new ‘Sidewalk’ mesh networking feature arstechnica.com

If you live in the U.K: Decide if you want to opt out of your identifiable patient data being shared for purposes other than your medical care, such as medical research. The NHS Digital website does a good job of explaining what, why, and how, but the who is decidedly absent from the frequently asked questions. Details of how to submit a ‘Type 1 Opt-out’ are available on the NHS website nhs.uk 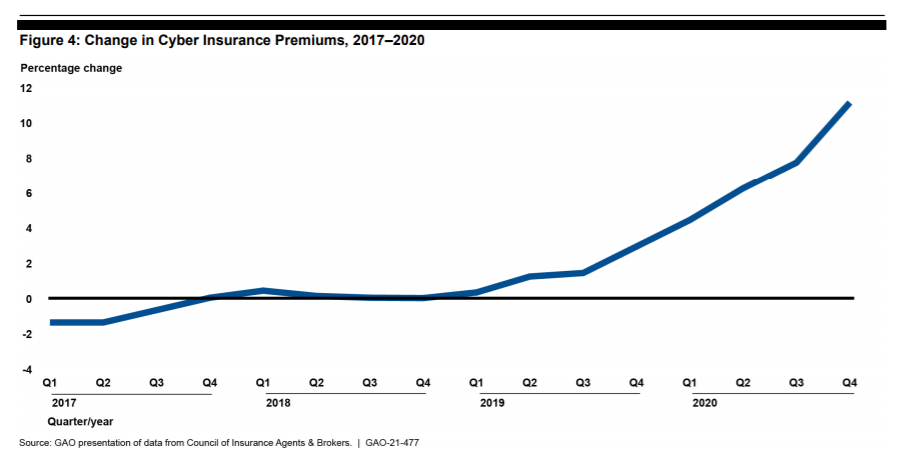 $500,000 annual losses for companies that suffer compromised cloud accounts, according to research by Proofpoint and the Ponemon Institute scmagazine.com

The operational security of U.S. nuclear weapons was put at risk by the use of online ‘flash card’ apps that allow students to create tests on different topics for each other.

You’ll be pleased to learn that there is a lot to learn for those U.S. service men and women that guard its nuclear weapons. That’s understandable: if there is an incident or action is required, you need everyone on-base to spring into action and know what the hell they’re meant to be doing.

Which ‘vaults’ have live weapons in them, the security protocols around their guarding, and response codes (including those that indicate they are under duress), is a lot to learn, especially when you are going to be tested on it to confirm you know how to act.

Unfortunately, unwitting squaddies have turned to online flashcard apps to help them study for these tests. And the services all appear to have defaulted to making sets of flashcards public, rather than requiring sharing to be enabled by users. That’s meant that lots of operational information have been sitting in the public domain for quite some time.

An investigation by Bellingcat goes on to show how this information can be used to pinpoint the location of U.S. nuclear weapons, including those on European soil where politicians enjoy a certain level of ambiguity that prevents open debate about the rights and wrongs.

Fortunately, the offending material has now been taken down, following Bellingcat notifying the U.S. Department of Defense, and no incidents appear to have transpired as a result of the information being online. bellingcat.com

Cybercriminals operate for financial gain and so the economics of attacks play a crucial part: they won’t invest significant efforts for small returns and will usually take the easiest path.

Traditionally that has been dropping dodgy links or malicious attachments into emails and sending them to victims in the hope they would get through security defences and be clicked or opened by unsuspecting users. But the efforts that cybercriminals are taking are increasing, and that suggests that the returns they have been able to get from these previous techniques are diminishing.

In an example in Wired this week they cover a group that created an entirely fake online video streaming site (a-la Netflix or Disney+) with the sole purpose of duping victims into installing their malware. The lures were still emails, but they contained no links, just mention of the service and a payment due to be taken ‘due to the end of a trial period’.

There’s also an increasing use of fake call centres to coerce victims into installing malware over the phone, and in doing so side-stepping email and other detection and prevention mechanisms. Again, they start with an email but don’t have dodgy attachments or links, instead perhaps using a fake invoice and leaving the mark to call a phoney accounts payable team.

What will U.K’s National Cyber Force do?

H/t Nick for bringing this to my attention. A delve into the U.K. National Cyber Force (announced last year (vol. 3, iss. 47)), how it is comprised and what it will actually do. That’s important because the new National Cyber Strategy is due later this year.

From countering ransomware criminals to coordinating public attribution of malevolent state actor cyber operations, the future of the United Kingdom’s cyber strategy should be international by design. That means coordinating as closely as possible with allies like the United States, helping to build the cyber capacity of other states, and keeping a watchful eye on the cyber campaigns pursued by adversaries. The new National Cyber Force has a role to play in all of that, but it is only one player in the United Kingdom’s wider cyber ecosystem.

The rise of crypto laundries

An interesting look into how cybercriminals launder their ill-gotten gains through cryptocurrency, ‘Treasure Men’ and other underground services to turn virtual hauls into hard cash. ft.com

Law enforcement has been busy conducting analyswiss of the data they obtained from infiltrating the EncroChat platform in 2020, widely seen as a safe space for open communication by criminals (vol. 3, iss. 27).

Carl Stewart was known for being up to no gouda and the police were able to caerphilly match his finger and palm print from a photo obtained from the EncroChat service to those on record. When it came to the trial, the court didn’t have to take the police’s curd for it: Stewart plead guilty to the crimes and will now face over 13 years briehind bars.  Top digital detecting, Merseyside Police!