26 June 2022. Volume 5, Issue 26
Infosec 2022 thoughts and trends. Privacy and reproductive rights. Cyber-warefare and lessons from the Ukraine conflict. Plus Cyber 911?
Join hundreds of subscribers who get this first, every Sunday. Subscribe

It was the Infosec conference and exhibition this week, held for the first time at London’s ExCel exhibition centre, after the move was delayed by the suspension of in-person events the last two years because of Covid-19. It was a great opportunity to catch up with and make new, friends and peers despite rail strikes affecting attendance on the first and third days.

For me, a standout session was on ESG, or environmental, social and governance, that’s usually the reserve of listed company annual reports waxing lyrical about commitments to reduce carbon footprints and give back to local communities. It’s the first time I’ve seen ESG on a cyber security conference agenda.

Valentina Raineri from OneTrust proposed bringing together traditional governance, risk and compliance (GRC), privacy, ethics and ESG siloes into what she termed ‘trust by design’. Convenient, coming from a company called OneTrust? Yes, but with the ‘trust economy’ forming such an important part of digital business there certainly seems merit.

Another great session was on CISO communication with the board, featuring a panel of Paul McKay (Forrester), Jon Townsend (National Trust), Samantha Hart (Davies Group), and Toks Oladuti (Dentons). It seems straightforward, but Jon made an excellent, oft-overlooked statement that “if your only claim [to the board] is that ‘we haven’t experienced a major breach’ then that’s a very hard sell [to ask for more investment].” Tips for improving communication involved understanding what’s important to the business, the board, and the leadership and framing your updates around those interests and focussing on risk — the impact, likelihood — but moving that along to risk quantification as a tool to help prioritise and justify.

Compared to RSA Conference in the US, it’s obvious that Infosec is a trade show first, conference second. The stages aren’t in anywhere near the same league and the programme was dominated by sponsored sessions. Perhaps a product of the Covid delays, but it would be great to see this addressed in future years. (As would some better signage: inside the exhibition hall it was practically non-existent.)

Mikko (hello!) asked a great question of me on LinkedIn, about what ‘inevitable’ solution now exists that didn’t in 2019 and, for me, that’s the introduction of ‘cloud backup’ solutions. Not to backup your local files to the cloud, because that’s where they are increasingly already are but to backup those cloud files to other places. That’s certainly worth thinking about as ransomware attacks persist and accidental or malicious insiders can render data inaccessible.

As Paul likens the event to parc fermé due to the number of Formula 1 cars on vendor stands, here’s a bonus photo of me with a McLaren F1 car from 2013, because at Detica we were a good nine years ahead of the curve! 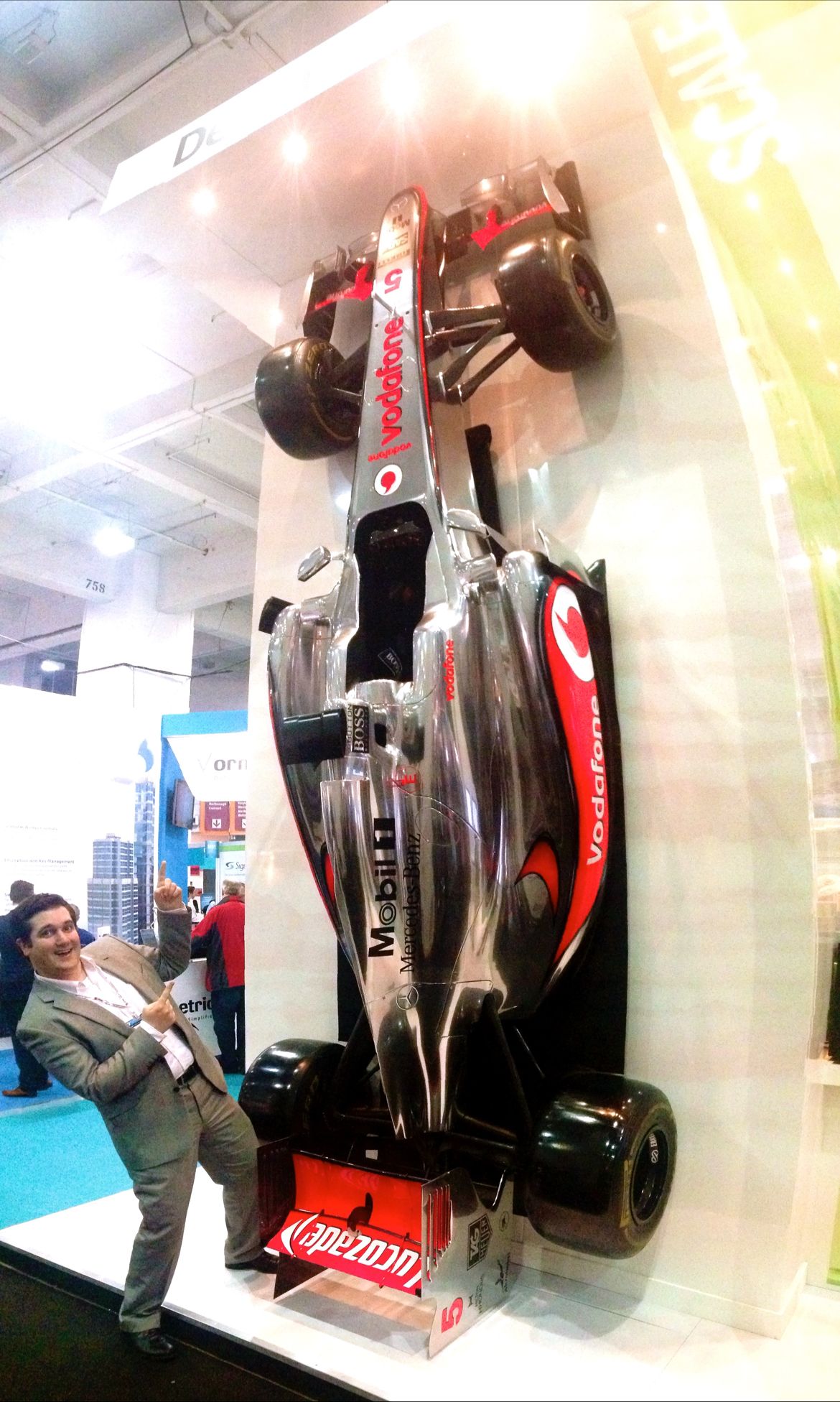 24.6 billion username and password pairs available for sale on the dark web, of which 6.7 billion are unique, according to Digital Shadows theregister.com

Be afraid, decentralised aficionados, the US government is coming for your crypto! ;-) 60% of all Bitcoin traffic traverses just three internet service providers (ISPs) says cyber security research and consulting firm, Trail of Bits in a study conducted for the US Defense Advanced Research Projects Agency (DARPA), while just 4 gateway nodes from mining pools represent less than 0.004% of the network, but account for 51% of the hash rate of Bitcoin, whose consensus model requires a simple majority to agree on what transactions have occurred, and in what order theregister.com

What can we learn about cyber-warfare from the conflict in Ukraine?