Operations were suspended as a result of the attack, though the CEO of one of the affected companies said that “the attack failed and no damage was done to the production line.” 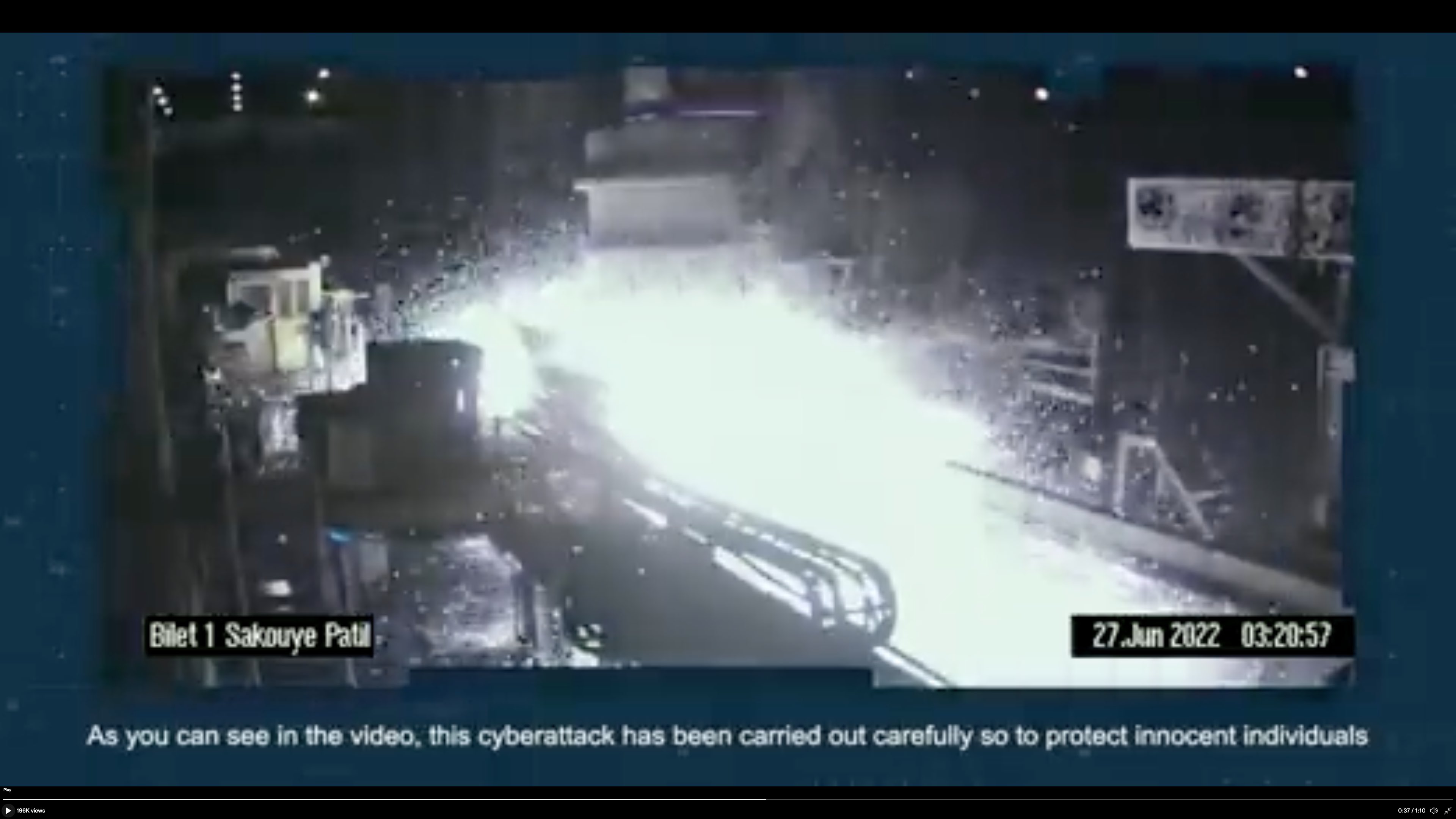 Kinetic impacts stemming from cyber-attacks are, fortunately, few and far between - making this all the more of a stand-out incident. A previous incident, also targeting a steel works, was reported by the German Office for Information Security (BSI) in 2014.

But while the sparks flew in the video of the attack, the attack itself appears to be far more controlled, as The Grugq points out in his newsletter The Info Op. Of particular note is “the level of effort that the operators took to make sure that the attack didn’t harm people. Not only did they take pains to ensure this, but they also made it a pillar of their announcement, along with proof that they took those steps.”

Then there is not only compromising the industrial control systems but also the facility’s CCTV to provide evidence of the attack. While not unfeasible, these, combined with the slightly odd target selection for a ‘hacktivist’ group points to it being a state-sponsored group conducting an offensive cyber-operation, but also trying to manage the fallout and establish ‘norms’ around these types of attacks.

Tom Uren has more background on this, and previous Predatory Sparrow attacks on Iranian targets, which included similar forewarning and careful planning in the Seriously Risky Business newsletter.

A special report from Raphael Matter and Christopher Bing at Reuters looks at the relationship between Indian ‘hackers for hire’ and US private investigators and law firms. Regular readers will recall the name BellTroX InfoTech from a Citizen Lab investigation in 2020 (vol. 4, iss. 24) who obtained information from the opposition party’s email accounts to provide intelligence on legal strategies or other evidence. It’s a good read and example of the ‘clock and gavel’ tactics that some resort to behind the scenes to influence legal battles.

39% of all UK crime in 2020-21 was fraud, according to the Office for National Statistics, with £1.3 billion being misappropriated by criminals in scams against UK banking customers, says industry group UK Finance ft.com

18 0-day vulnerabilities have been found being exploited in the wild so far in 2022… and 50% are variations on previous vulnerabilities that “could have been prevented with more comprehensive patching and regression tests,” according to Maddie Stone of Google’s Project Zero team blogspot.com

HackerOne employee terminated for selling bug reports on the side

Bug bounty platform HackerOne has terminated an employee following an investigation that found they were using their position reviewing vulnerability submissions to steal bug reports and sell them on the side… using the company’s own platform. It seems they had pretty terrible opsec, as network traffic provided evidence linking their staff and sock puppet HackerOne accounts and it seems they didn’t waste any time getting to ‘work’ as seven fraudulent claims were submitted to participating companies before they were terminated within 3 months of starting their employment.