24 July 2022. Volume 5, Issue 30
Should climate change feature on cyber risk registers? FBI gets a warrant to force-unlock encrypted app. Alibaba execs hauled in by Shanghai police.
Join hundreds of subscribers who get this first, every Sunday. Subscribe

Early in my cyber security career, I conducted lots of risk assessments for UK government systems. The ‘IS1’ standard that we used often resulted in the inclusion of physical risks from fire, flood and other natural disasters. In the last decade though these sorts of risk scenarios have featured less and less: first as organisations became (mostly) better at hosting things in proper data centres, rather than under desks and in cleaner’s cupboards, and latterly with the advent of ‘the cloud’ where the shared responsibility model makes that somebody else’s problem.

That ‘somebody else’ is likely to be the likes of Amazon, Microsoft, Google or Oracle, but with temperatures rising due to climate change, these physical threats may need to be reevaluated by cloud providers and their tenants.

As the temperature in London soared above 40°c (104°f) for the first time, both Google and Oracle experienced outages as the cooling systems that keep their servers operating at safe and efficient levels failed, leaving customers in their respective europe-west2-a and UK South (London) zones facing problems.

Meanwhile, other data centre operators in the UK’s capital were resorting to ‘Heath Robinson solutions’ like using hosepipes to spray air conditioning units with water to cool them down and keep them within operational limits.

Other critical infrastructures, such as railways, were similarly tested by relatively ‘extreme’ heat that exceeded design limits.

The abstract nature, opaqueness, and apparent abundance, of cloud services, often minimise the concerns over their resilience, especially when multiple ‘availability zones’ are offered, though these can provide a certain level of mitigation.

Cyber insurers have long worried about this risk aggregation, however usually in the form of a critical vulnerability. Perhaps the discussion of physical threats, such as those from climate change, will be making a resurgence at cyber insurers and companies alike in the coming years.

$4.98 billion the combined cost of telcos ripping and replacing Huawei and ZTE gear from their networks, following a US government decision to order the removal of Chinese-manufactured kit on national security grounds, that is  $3 billion over the $1.9 billion Congress approved for the Reimbursement Programme in September 2020 (vol. 3, iss. 36) theregister.com

Research on brand phishing attempts by Check Point may surprise you:

45% impersonate LinkedIn,  13% spoof Microsoft, with  12% pretending to be DHL, the top five is rounded out by  9% Amazon and 3% Apple bleepingcomputer.com

Use, well, anything made by Atlassian? You’ve probably got to patch it: 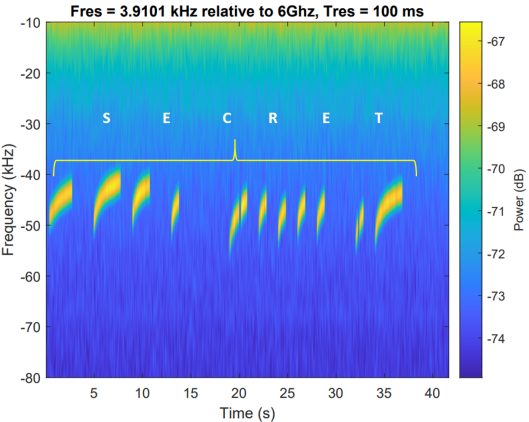